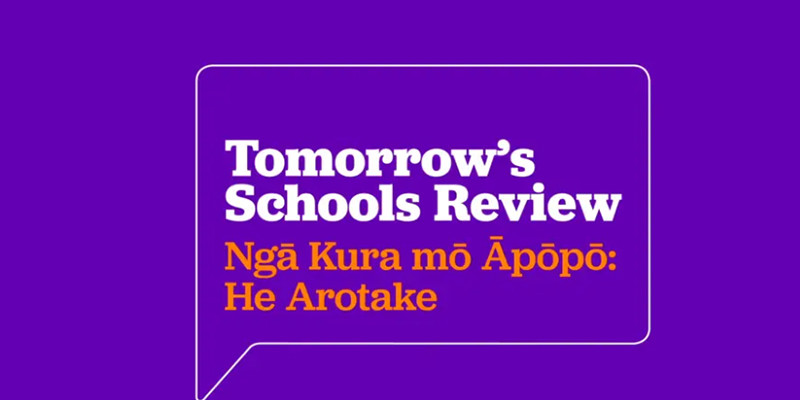 The independent taskforce report was released in December 2018. It is a challenging report which raised a lot of issues, particularly around inequity and the competitive, fragmented model we currently have which is entrenching inequities.

The report has a number of recommendations related to the idea of ‘education hubs’ as a model of a regional structure to take over a lot of administration from boards, some of which they could delegate back to individual schools. PPTA’s position is that it does not support the specific hub model presented because it does not address employment matters.

A middle tier of support for schools

There are, however, see very good reasons for a middle tier or regional structure of some nature and the PPTA submission is broadly supportive, particularly around the idea of equity funding changes with more resources than currently provided through decile and Targeted Funding for Educational Achievement (TFEA) and learning support funding.

There are reasons for constructing a middle tier of support for schools that have been canvassed less. For example, currently delays experienced by many teachers in getting timely salary changes have structural reasons. School payroll people have the first responsibility and are busy and are not, as a group, a highly professionalised. In a mid-tier structure that could be addressed, as could other challenges. A regional structure allows people to be in one school and to access services and skills from or with others. People at senior leadership level will have an opportunity to move into the hubs with administration, pedagogical and curriculum roles and that would be an interesting career opportunity.

A good system looks very different today than in the 1980s

How a good system looks is very different today to how it looked in NZ in the 1980s – they are more responsive and sophisticated and better at consulting and operating good practice. New Zealand can learn from international comparisons. Estonia, saw big improvements in international ranking and does not have the separate audit office when moving to a local community employer that does support and audit at the same time. Separating audit from support was a poor move in Tomorrow’s Schools.

The regional structure proposal has one tier, most similar to the Ontario model where local educational authorities deal with professional administration and support people doing jobs that are currently done by volunteers or senior leaders. This is actually a fairly standard model around the world.

The opposite to Tomorrow's Schools Big Bang approach

The MoE as it is currently structured and focussed does not have the ability to run a regional tier but the taskforce believes that in the sector at large there are the people with skills to do it. There would need to be a co-designed process of change – the opposite to the big bang approach of Tomorrows Schools introduction.

The report does not imply you can’t have different types of schools. But choice is expensive and leads to inequity and so being cost effective and giving people what they need means a balancing act. The arguments for choice hide the reality that choice is an issue of equity. The empirical evidence is that choice in New Zealand has been accompanied first by white flight and latterly by middle class brown flight and growing inequity of outcomes.

The Taskforce has developed its final recommendations after lots of feedback. PPTA is waiting to confirm that the regional tier is not to be a DHB model, would not be regional employers under regional collectives but would be coordinated from the centre as befits a national teaching service.