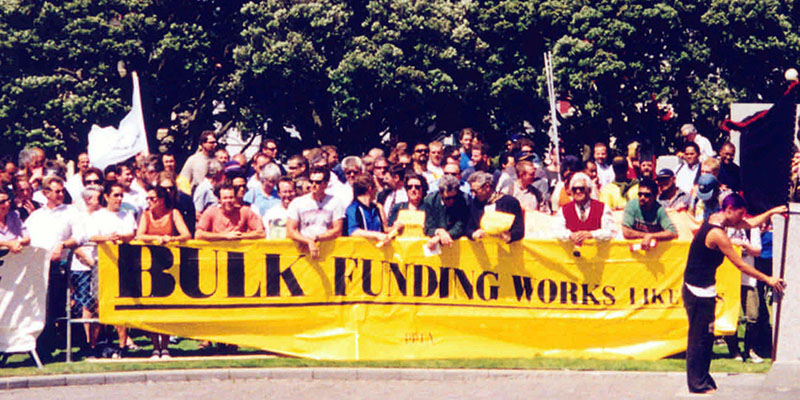 A knowledgeable and caring PPTA stalwart

Sue joined PPTA in 1972, soon after she arrived in New Zealand, when she began teaching Mathematics at Spotswood College. This was followed by a position as HoD Mathematics at Opunake College and then at Te Kauwhata College.  In late 1999 Sue returned to the UK for family reasons.  Two years later she came back to New Zealand to take up a position at Howick College and soon after became assistant HoD Mathematics with three management units. Her last position was at Sancta Maria College.

Standing up over contentious issues

Sue trained to be a teacher in England which, because of how PPTA members voted in 2002 in the ratification vote for the then STCA, meant she was stuck on the second to top step of the pay scale.

G3+ became a contentious issue in 2002 and in future years, especially for teachers of technology and also for some teachers such as Sue who had their teacher qualification intertwined with their specialist qualification.  She was vocal in standing up for herself and all those teachers who had been "forgotten" by the majority of PPTA members.  In 2006 Sue graduated with the Diploma of Specialist Subjects (Secondary Teaching) Div 2 to regain access to the top of the pay scale. 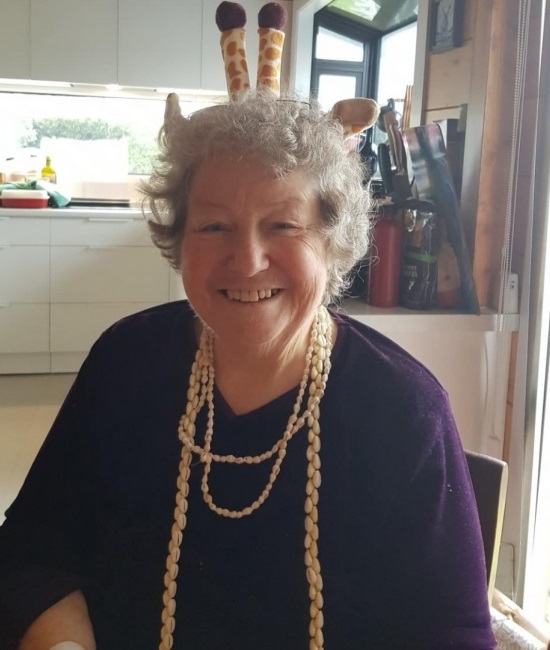 Sue participated fully in PPTA affairs at branch level ever since she arrived in the staff room at Spotswood College where she was elected branch chairperson.

On 21 September 1995 Opunake High was the first school PPTA members walked out of in protest after their board of trustees voted for bulk funding.  They organised buses, ensured students were supervised and spent the rest of the day drawing up pamphlets and devising a protest letter to the board.  It was newsworthy nationally, and members from around the country rallied to give support.  Protestors in small town New Zealand felt isolated and vulnerable; striking teachers in Opunake encountered hostility in the town and for some time afterward.  As Sue was one of the three members who presented the branch case to the BoT she felt targeted and she moved on to Te Kauwhata about half a year later.

Ensuring the union voice was heard

Sue was active in PPTA affairs in each school she worked in.  She was branch chairperson at Howick College for a number of years.  With the help of a supportive branch committee Sue ensured the union voice, and by that it is meant the members, was heard whenever necessary and particularly when it was felt they were not being listened to.  She was persuasive and persistent though not in your face.  She was knowledgeable and caring.  She was always there to help her fellow teachers to get through whatever their difficulties were.

For nine years from 2007 to 2015 Sue was the elected executive member for Auckland Eastern Ward – a position she held with distinction.  Her organising skills were evident, she contacted branch chairpersons in her ward on a regular basis, either personally or by email.  When she did not have a ward convenor or committee she arranged ward meetings herself, attempting to reinvigorate her region and to ensure all branches were aware of the activities occurring at a local and national level.  She visited branches whenever necessary to assist members and the branch as a whole with whatever the issue was. Sue attended PPTA Te Wehengarua annual conference for many years, actively participating in the discussion and debate on those occasions.

Improving conditions for all teachers

As a member of national executive, Sue sat on various committees – Association and Conditions standing committees; Conditions Strategy, Political Strategy and Senior Positions Advisory Committees.  In each of these committees she worked towards improved conditions for all teachers and on the Political Strategy committee she helped in the development of policy for successful relations with all political parties for the good of secondary education.

Sue attended many branch officers training days in Auckland both in her role as a branch chairperson and a member of executive.  In earlier years she regularly attended the 'Shot in the Arm' seminars for Auckland regional and branch officers.

Sue's contributions to the Auckland Regional Management Committee and to members in Auckland Eastern Ward have been much appreciated.  Her passion and warmth will be remembered.