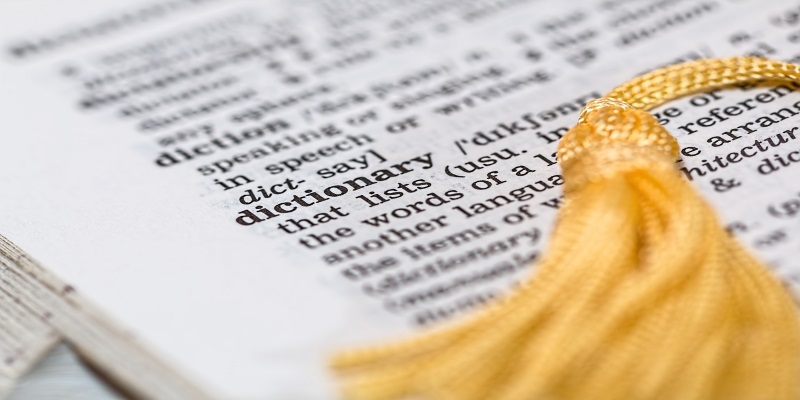 Your need-to-know edu-jargon explained, submitted by an anonymous PPTA member.
Happy holidays everyone.

PARATA n. a much despised species of aggressive political fish that espouses economic theory over educational theory, as it strips away the flesh and soul of Creative Teachers.  Other species of Parata include ancestors such as the Lockwood Smith*, the Wellington, The Lange*, the Creech, the Lesser Smith, the Tolley, and more recently the Morgan*.

LOCKWOOD n.  a C20th TV kids quiz show presenter, from the Parata genus, now found to be revered by politicians and rewarded by banishment to the other side of the globe.

INQUIRY n. a fruitless search for facts surrounding (usually) a fiasco or alternatively a witch-hunt.  Examples include the Spanish Inquisition, Mao Tse Tung’s Cultural Revolution, Pol Pot’s reforms in The Killing Fields, the Police Conduct Authority, numerous governmental papers designed to delay and obfuscate. Inevitably such papers often deliver an unplatable set of facts and finish up sitting on the Minister’s table, eventually falling off, to be never seen again. Examples of Inquiry include the Brice Report on the ITM Service.

REFLECTION v.  the action of mental “navel-gazing”. Accepting the assertions of teacher inadquacy by Parata as fact, Reflection has been found to be the best cure for complacency, creativity, self confidence, etc.

EVIDENCE n. Proof of guilt. By providing evidence that one is Reflecting, Improving, Fulfilling Quality Teacher Criteria, one acknowledges the original assertions of inadequacy, complacency, creativity made by Parata.  (The Catholic Church has a long history of asserting shortcomings as a given – it is termed Original Sin and must be expiated by confession, inward examination, constant battling with human nature. The Inquisition was an effective institution employed by the church to examine sinners. The Education Council is the secular arm of the Inquisition; its agents sally forth under the banner of ERO).

ERO n. acronym. First 3 letters of EROTICISM. There is only a passing connection between ERO and EROTICISM – self flagellation. Encouraged under the Inquisition Charter to arouse teachers from their complacency. In earlier days, Inspectors of Schools were always a much feared body of inquisitors.  Their niche as predators has been filled by ERO cheered on by Teachers Education Council.

EDUCATION COUNCIL  n.  formerly TEACHERS’ REGISTRATION BOARD, formerly TEACHERS’ COUNCIL – n. an increasingly conservative bureaucratic body, purporting to support teachers professionalism. While it exhorts teachers to respect those in their care and behave professionally, this agency treats teachers by demeaning, undermining, disrespecting and distrusting teachers’ ability to behave professionally. (see Inquiry & Evidence). The mere fact that this body has had three titles and formats in less than 30 years, attests to its on-going failure to serve any useful role. (– see also Free Secular Education). As it grows in its self-appointed roles it writes its own cheques by exorbitant fee rises to pay for even more bureaucracy

SPIRAL n. a curve which progressively extends while circling a centre point in a regular pattern. The Modern School Mathematics series of the 1970’s, used a “spiral” approach to ensure materials were covered at increasing levels of complexity, at each step of the education process. A spiral goes somewhere.

“WHAT A SPIRAL IS NOT” - a closed loop, representative of repetitive, limiting behaviours such as the HUNCH and the SELF INTERROGATION. A closed loop goes nowhere and is not a spiral. A moebius strip is a good representation of the closed loop – mathematics’ gift to the world – a treadmill with only one surface.

HUNCH n. less nutritional than a LUNCH (this is not a bad thing as many teachers are obese, therefore lazy and inactive; also by occupying “useful” time and energy, the Hunch negates the “time”, and therefore the “need”, for Lunch!).  (see also Case Study 1).

LEGEND n.  a fictitious, creative, teacher; often the subject of movies such as: “To Sir With Love”, “Up the Down Staircase”, “Mr Holland’s Opus”.   The saying “A Legend in his own Lunchtime” is now redundant with the demise of Lunchtimes – and Legends.

UNICON n. abstract   a clever economic device also known as a Student Loan. This device cleverly allowed its inventors to pass through Tertiary Education for 10% costs and then closed, forcing all subsequent students to enter into lifetime crippling economic servitude. The Unicon was invented and implemented by early species of Parata.

STUDENT LOAN n. abstract    an economic device used as part of a package of measures designed to keep the “intelligentsia” permanently in line, in debt , thus in work.  (See also Unicon)

CREATIVE TEACHER n. fictitious creature, reported to have existed in times long gone. Proof that this creature never existed can be extrapolated from the number of Parata and wealthy citizens who obviously never encountered such a creature during their own education and thereby have a solid base on which to berate teachers for their obvious shortcomings.  (See also Legend),

2. adj  a descriptive term applied to the last remant populations of Creative Teachers who are rapidly exchanging one form of Burnout for the other. Increasingly these specimens will morph directly into entrepeneurs to supplement their (inadequate) retirement income. Some will require a multi-step process by first becoming Ex-Pats, then owners of a B&B.  (See also B&B)

BEEBEE 1. n. A now extinct species of “thinking” educational philosopher and leader …. Other members of the Beebee genus include the Shallcrass, the McCombs, the Guy … Beebee introduced Art into the curriculum and established the enlightened, semi-specialist, Intermediate School system (now being dismantled under Tomorrow’s Schools). Intermediate schools have never been equalled in their ability to deliver the right mixture of basic and specialist subjects to 11 - 12 year olds.

BB 2. n.  An annoyingly low-powered compressed-air projectile fired at random by Paratas at teachers, in order to drive away unwanted pests such as creative minds, collegial cooperation, educational philosophy etc.

NOVOPAY n.   a negative lesson, which despite its regular recurrence, is never learned. Business and government alike, regularly mistake a closed loop for a spiral and blithely repeat their earlier IT mistakes. The Police, WINZ, MSD, IRD, DoC, Ministry of Health and MOE have all successively blundered into major disruptive crises when implementing new computer systems and software. (Watch the next round live at CYF /Oranga Tamariki).

PICOT n.  an influential business leader whose expertise in Supermarket profit gouging renders them ideal for the task of Educational Reform. Occasionally a Picot, (like a flounder), will change its form, morphing into a Parata – vis. the Morgan, who, having more money than sense, becomes a self-appointed educational philosopher and advisor.

TOMORROW’S SCHOOLS n.  a disaster developing in slow motion. Based on the educational philosophies of Lee Iococca and Corporate America, this 1989 proposal to improve US schools was picked up by a Lange and rammed unceremoniously into NZ legislation. The single most disruptive event in NZ Education history, even Lange regretted his decision, on his death-bed.

LANGE n.  disruptive arrogant politician, whose personal regrets when faced with his own mortality, were of no comfort to anyone but himself. What can you expect of a failed Methodist?

MORGAN n.  expensive, self-made, financial advising, luxury vehicle, known for its exclusivity, and therefore qualification, to pronounce on other vehicles’ suitability to convey education to the masses.

ADVISOR n. now extinct species, formerly found giving professional assistance to teachers, based on their specialised knowledge and expertise in educational matters. Hunted to extinction, they have been replaced by self-promoting entrepeneurial former teachers, (see Expat), seeking to supplement their retirement income, by selling advice and resources, which in former times would have been shared freely amongst teachers, in a creative commons spirit of collegiality.

EX-PAT n. a migrant species which spends its early years as a fledgling in NZ. However on reaching post-maturity, this species migrates to (usually) oil-rich, middle-eastern sheikhdoms, living in enclosed educational zoos called International Schools. Known also as Overseas Teachers, they amass enough money to retire on and return to their native country, to become sellers of educational materials and advice, thus becoming the envy of their non-migratory counterparts.

EARTHQUAKE n.  nature’s equivalent of Tomorrow’s Schools. Differentiated by the speed with which a school system can be wrecked. The end result is remarkably similar.

HISTORY n. abtract.  The futile activity of studying of the past.  This study is “What a Spiral Is Not” …. a closed loop, (see moebius strip), in which all the mistakes of the past are documented, in order to facilitate their endless repetition – war, famine, genocide, greed, revolution, war …

FREE & SECULAR EDUCATION The Education Council sees itself as the new Church, promulgating moral values and issuing regular sermons on the fallibility of mankind. The new Pope stoops for no-one – he has a direct line from God - aka Bill English.

The “Sisters of No Mercy”, Timperley et al peddle their gospel of fake truth, with their fake spiral of unsubstantiated anecdotal narratives, (see Closed Loop), and all the converts flood to their mission rallies singing the new gospel – “We are all sinners ….  Miserere nobis …. In sin did our mothers conceive us”.