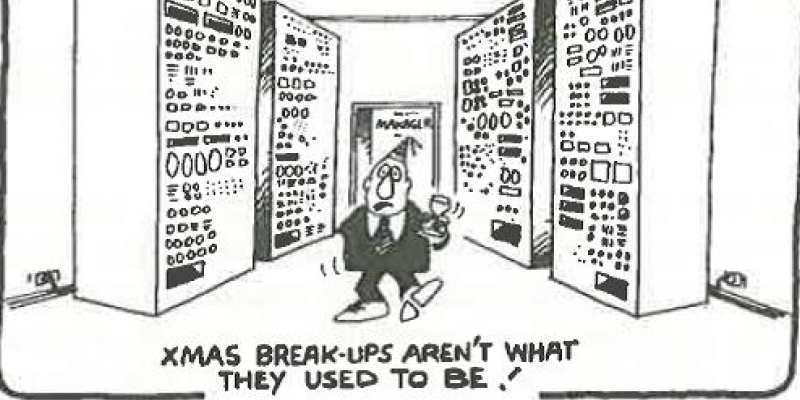 In this issue we change things up a little by examining a glorious multi-union publication from the late 1970s called The Crunch – The Effects of New Technology in the Workplace. The Unions’ Response. In equal parts melodramatic and prophetic, it is a fascinating read. 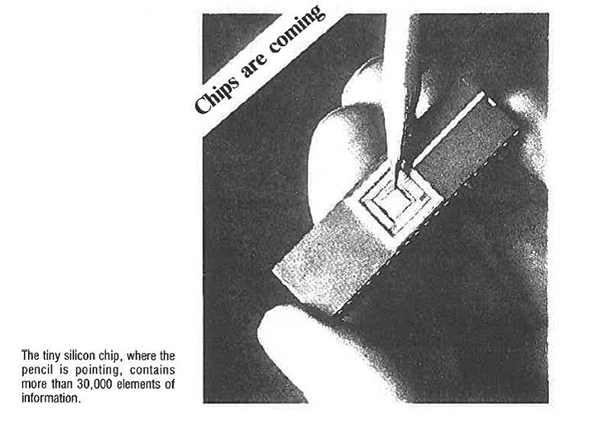 "We’ve all felt the effects of automation and workmates being replaced by machines. Now we are faced with a new development which will make past changes about as significant as last week’s milk money. The new development is the microprocessor. You may have heard of it as the ‘silicon chip’. These “chips” are the controlling element in many new machines, like the word processor, the electronic typewriter, the digital watch, the computerised machine tool and many others."

When was the last time you saw a post office?

"The recent switch to subscriber toll dialling (STD) means that in the next 10 years the jobs of 2500 to 3000 telephone operators will disappear. Other Post Office workers’ jobs are likely to be hit by the growing practice of sending messages and documents via computer rather than through the post. And the new electronic telephone stations will require much less maintenance than existing ones."

PCs  coming for your jobs, and your ashtrays The word processors we take for granted now were once a frightening prospect.

"Just one example of the many automated job killers in the clerical field is the word processor. In this machine a microprocessor controls a memory and storage unit, a typist operates an electronic keyboard and watches a display unit (usually like a TV screen), and the result is printed out at something like 450-600 words a minute. This gadget can match the output of 2 ½ to 5 typists…These machines can be linked up to a central computer, which means that the gathering, storing, manipulating and delivery of information in an office (which is a pretty good description of most of the work in an office) can be done automatically."

When was the last time you went to a bank?

Banks will be effected in the same ways as other offices, but in addition there are special changes in store…One of the new developments in this field is plastic cards which can be magnetically coded to record your account number, how much you have in your account, and your credit rating. The customer with one of these cares simply shows it to an automatic “teller” which “reads” it, debits one computer-controlled account and credits another one, then re-codes the plastic card with the customer’s new bank balance. This would obviously mean fewer cashiers in the bank.

Not Luddites but wary

The trade union movement is not opposed to technological change, it is not made up of Luddites who want to wreck machines and live in the past. On the contrary, unions support the use of technology to make work easier and safer, to increase leisure and to improve the standard of living. What unions do oppose is unplanned use of new technology by individual employers to serve their own interests, regardless of the interests of working people or society as a whole. We must ensure that it is used to create a nation which is more socially just, and in which everyone not only has a decent standard of living but also the self-confidence, dignity and opportunity to use all their abilities to the full.