Home > News/Media > Challenging new play has community at its core Challenging new play has community at its core 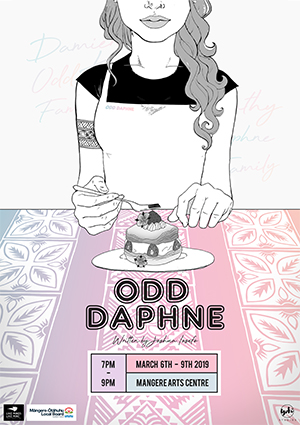 Mount Roskill Grammar School head of performing arts Emma Gillies has banded together with former student Joshua Iosefo, current students, friends and members of whanau to put together a play aimed at healing a community.

When Joshua - who came to public attention with his Brown Brother spoken word piece in 2012 and has presented at PPTA’s Pasifika conference - contacted his former drama teacher with the script for Odd Daphne, she saw something special.

The play looks at alofa/love and its varying generational attitudes, representation of the LGBTIQ+ community within a Pacific and rugby culture framework and showcases the amalgamation of Japanese/Asian pop culture community and Pacific youth culture.

A play about making a difference

At first it was intended to be a film, but making a film is not cheap and Emma wanted to find a way to get it to the community sooner rather than later.

“Josh wrote the script on Google docs and sent it to me. The play is about making a difference. When we read it together I thought ‘we’ve got to get this to people,’ and a play was the fastest way of getting it out there.”

Learning alongside current and former students

The show has family and community at its core. “It revolves around an idea they have coined ‘whanau theatre’ which aims to heal the community - as well as the cast and crew, which is made up of many whanau and friends directly affected by the narrative of the story,” Emma said.

“It has been quite a fulfilling experience to be a part of this show so far, learning from and alongside my ex-students and current students,” she said.

A focus on family, community and mental health

“When talking about casting, Joshua decided he wanted his parents to play the parents in the show. They agreed, but were really going out on a limb for us because they had never done anything like this before. It was acting 101.

“Since their first rehearsal developed hugely as actors and are holding their own alongside the few professional actors in Odd Daphne.”

The cast and crew are a mix of theatre practitioners, community leaders, mental health nurses, family and friends. They have worked on themselves in the process with sharing circles and a mental health focus. “The show is about healing. We check in with each other a lot,” she said.

A way to start looking at things through a Pasifika framework

“What we are aiming for is the discussions in the car on the way home (after seeing the show). There are people who may have never talked with their family about these issues. It’s a way to start looking at these things through a Pasifika framework.”

Mount Roskill Grammar has also joined the party, allowing the group to use the school for rehearsals and taking things back full circle.

“We’re back at school, in the room I once taught him (Joshua) in. For a drama teacher it’s priceless when a child you teach goes off and creates a piece of theatre like this. A number of ex Roskill kids are involved, as well as current students and it is great working with them and learning from them,” she said.

Students among the first to see a new Pasifika play

The school’s performing arts students will be coming to see the show, she said.  “It will be really exciting to have my kids seeing Josh’s work. They can say ‘that guy’s from Roskill and he wrote this.”

A year 13 health class doing a unit on mental health will be going along, as well as an English class made up of Māori and Pasifika students who will be among the first to see a new Pasifika play.

“We’re excited to see where this thing can go”

It is a show that speaks to South Auckland but Emma believes it could translate around the country.

“We’re excited to see where this thing can go. Since Josh came to me it’s been a bit of a hurricane. All the people on the show are sort of an odd family. There are about 50 people on stage – local people sharing ideas about how we could heal ourselves and heal one another,” she said.

Odd Daphne was performed from March 6 to 9 at the Mangere Arts Centre. 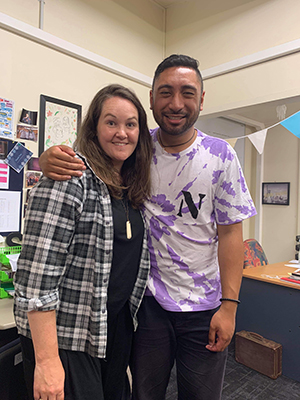 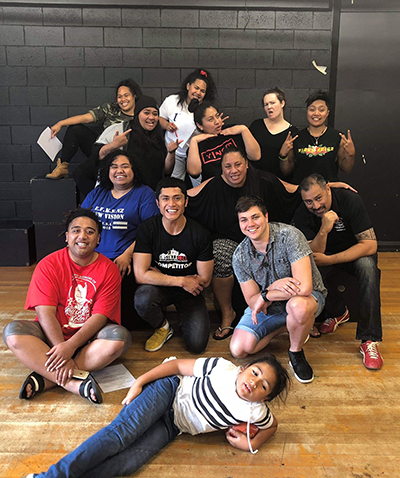