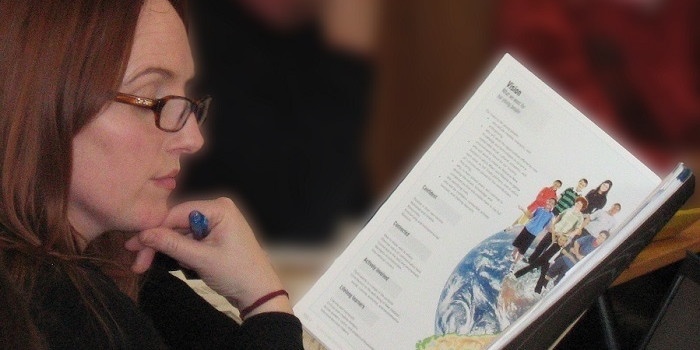 An unusual alliance, between a radical and polarising academic and a right-wing think tank, may drag New Zealand’s education system into the throes of a debate that’s been raging overseas, but has largely passed us by until now.

To grossly simplify, it’s the argument between ‘knowledge vs skills’. To personalise it, it’s E.D Hirsch vs 21st Century Skills. Or in the New Zealand context, it’s Elizabeth Rata and Briar Lipson vs Jane Gilbert and Frances Valintine.

And I think it’s mostly a good thing that we’re starting to talk about this.  Sure, polarising rhetoric can be unhelpful, but it’s a disservice to our students not to think seriously about curriculum, and part of that means expressing and teasing out differences.

We do need to have this conversation, but we should be careful about where it could lead. The worst case scenario is a spill-over, from educators robustly arguing it out to politicians stepping in to solve it. What’s happened in England, where a shift to a highly  skills based (and business driven) curriculum under the Blair/Brown government led to u-turn back to a knowledge based, Hirsch inspired curriculum under the Conservatives, is an example we’d do well to avoid.

Despite this risk, I think we need to put aside some of our Kiwi niceness and fear of giving offence and get stuck into this argument.

This is some of what I’ve been observing and thinking about it lately.

Where’s it coming from?

The recent report by the NZ Initiative on NCEA, ‘Spoiled By Choice’, sparked the latest round of discussion – it includes a call to define a ‘core’ of standards for all students to undertake for the purpose of offering an equitable education, not just a qualification.

But this isn’t the first time this sort of issue has been raised here. Elizabeth Rata and her colleagues at the University of Auckland have been researching and writing about this for some time – including comparing Michael Young’s ‘Powerful Knowledge’ curriculum with a ‘21st century skills’ curriculum – and coming down strongly in favour of the former.

Perhaps this is simply an inevitable reaction against what has for some time been a pretty dominant discourse of ‘bland progressivism’  - there have been few if any voices in education since the mid-2000s in New Zealand who have seriously questioned the key assumptions of the NZC.

Is the gloss coming off the ‘world leading’ New Zealand Curriculum?

The NZC has been held up by teachers over recent years as a gold-standard curriculum – with a front half that espouses the purpose and principles of learning for the 21st century, and a second half that sets objectives in learning areas with plenty of ability for local flexiblity.

There’s even a Bill before parliament at the moment which would embed many of the values and principles of the NZC in part 1AA of the Education Act – giving it (at least in theory) an even more significant and lasting status in the education system.

Cynically, I suspect part of the reason for the love-in on the NZC is it’s always been more mythical than actually ‘implemented’– it came into force in 2007, the National government came in in 2008, and National Standards and  the huge focus on cranking up NCEA achievement were the name of the game from 2009 ‘til now.

However, there have been critiques of the NZC since before it was implemented from both the left and the right of the political spectrum, and many of them have some merit. These include:

And of course, one of the biggest ones is simply that in many cases, it doesn’t really say what teachers should be teaching – which is both a blessing and a curse.

As schools are now supposed to have more time to work on the NZC and will (in theory) be less driven by assessment and qualifications, the issues with the NZC are more likely to come to the fore.

Of course, there’s a long way between what a curriculum document says and what actually happens in classrooms. This is particularly true in a Tomorrow’s Schools environment, where principals with compliant or enabling boards can run schools largely as their own fiefdoms.

The gulf in curriculum approach between two schools in Auckland, e.g. Grammar and Hobsonville Point, only half an hour’s drive apart isn’t just because their communities see education so differently. These schools demonstrate that in many ways, school leadership and cultures have by far the most influence on the actual curriculum of a school.

To some extent this has been why the political discussion about curriculum hasn’t really kicked off in the way it has in other countries. Governments washed their hands of curriculum decisions and left it to schools to sort out. Great examples of this are the last government’s responses to Te Reo Maori and New Zealand history in schools – it’s all up to you, said Minister Parata. “We can’t and won’t force anyone to teach or learn any particular thing, as long as you’re getting good results.”

In many ways the place that teachers in Aotearoa find themselves in is uniquely liberating. We have huge freedom to develop courses that are relevant to our students (and us) – the NZC (particularly in the six learning areas that aren’t sciences or mathematics) gives very little guidance about content or even contexts.

You can see this from the way that  overseas trained teachers come here and revel in the freedom of the NZC and our decentralised system.

One of the big ones, especially in the senior secondary school is that the assessment system ends up driving the curriculum. Teachers aren’t told, “ This is what’s important for you to teach and your students to know,” instead the system directs them “Your students need to achieve at NCEA”. This can lead to ‘learning’ programmes that are just grab-bags of credits with no epistemological coherence, no meaningful pathway and no worthwhile programme of learning.

Particularly, the risk of this falls most strongly on students who aren’t set up to do well at school. Students who can navigate their way through ‘traditional’ learning areas generally experience subjects based on an estabished body of learning, that leads to university, and gives access to cultural capital that recreates their privileged positions in society. On the other hand, students who aren’t set up to do so well often experience combinations of ‘credits’ that are put together without a clear pathway forward, that don’t belong to an established discipline, and never access culturally valued knowledge (or competencies/capabilities) to enable them to participate fully in society.

Finally, the freedom of the NZC demands that every teacher is not just a pedagogical expert, but also a curriculum designer. The choices of what to teach that every teacher makes every day in NZ is exhilarating and empowering, but also massively demanding. From my experience in the classroom, I think it’s possible to be a good curriculum designer for around 8-10 hours of teaching a week, but not for 20. The system asks too much of our teachers.

Where we could go with this?

My personal view is that in the arts and humanities parts of the New Zealand Curriculum we do probably leave too much content to individual choice – and this can have inequitable results for students, and creates far too much work for teachers.

On the other hand, I’d hate to see all the texts, the historical contexts, the art works and so forth defined by some agency in Wellington – or even less so, the minister of the day.

Working out what we should be teaching, and why, is something that we should be discussing together and taking much more seriously as teachers than the second place it’s taken to discussions of technique.  Hattie,  ERO, the Best Evidence Synthesis and so forth are filled with advice about ‘how’, but  shouldn’t we be thinking just as hard about ‘what’?

* Edited 13 April to remove a reference to Teach First NZ, which was conjecture and I subsequently found out it was wrong.