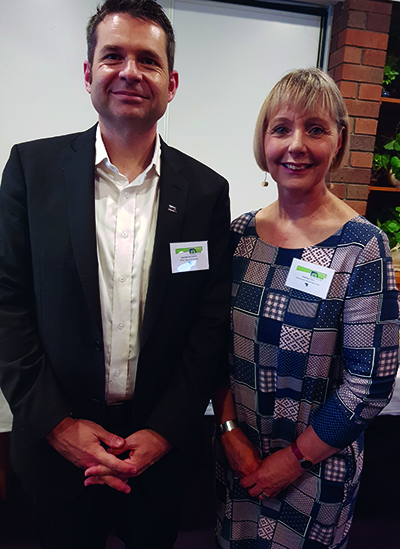 After thirteen and a half years in the chair, Onslow College member Kathryn Levy has retired from her role on the board of the Teacher Refresher Course Committee (TRCC).

The TRCC was gifted to education unions PPTA, NZEI and TEU in 1946 by former director general of education Clarence Beeby. Beeby’s vision was that teachers would run professional development for teachers and that unions were best-placed to administer courses for their members. Fast forward to 2020 and we can see Beeby’s thinking was well ahead of its time.

Much of the TRCC’s work remained static from the 1980s until recently, as private providers and edupreneurs dominated the teacher PLD landscape, their snouts firmly in the trough of what is estimated to be a $100-$200 million a year industry.

But Kathryn Levy and a new generation of TRCC leaders decided to do something about it. Knowing just how low the quality of PLD had become, they restructured the TRCC to meet the needs of the modern teaching world. The refreshed TRCC gave the committee the opportunity to bid for the networks of expertise ministry contract, which they won – returning the subject speciality PLD space to the teaching community.

This was a David and Goliath battle between a committee of teachers and multi-million dollar private industry. Through Kathryn’s leadership, the underdog won.