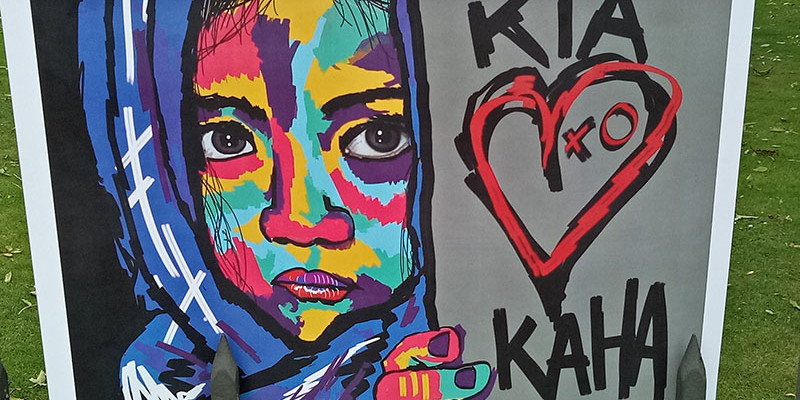 March 15 - I dread the anniversary and long for it

PPTA members reflect on the changes schools have seen a year on from the Christchurch terror attacks.

I don’t think we’ll ever be quite the same

We’re about to start a four-lesson assessment in my senior classes. Last year, on 15 March, we were in the middle of it. While events were unfolding I was in a class with two students whose siblings didn’t survive. One of those siblings was also a student of mine.

After, there was a gap in the seating plan, and origami hearts on the wall, and Martin Luther King quotes about lightness driving out hate. By the end of 2019 it was almost a relief to take these reminders down.

The students have all been mixed up in new classes for the new school year, the seats rearranged, the walls reorganised. It’d be easy to think we’d all moved on. But there’s something indelible there, here, in most of us, I think.

I dread the anniversary, and long for it. I think of the siblings, the mother at parent teacher interviews, the friends whose voices still drop when they say their lost mate’s name. I don’t think we’ll ever be quite the same.

An enhanced sense of responsibility

15 March 2019 is a day that will be etched into our collective psyche forever. It was the day we realised New Zealand was not as isolated from acts of terror as we previously believed.

“We want to honour the teachers of Christchurch who loved and protected their students and kept them safe, even as they were afraid themselves,” PPTA president Jack Boyle said.

For the teachers in Canterbury he has spoken with there is an enhanced sense of responsibility for the students in their care. In turn they have learned to have confidence that their own children’s teachers will keep their loved ones safe, he said.

“The events of March 15 bring into sharp focus what all kaiako and kaimahi already know - we are always there for our rangatahi. We create that stability and safety for them – even though many of us were unsure what was happening for our own children and were grieving for what had happened in our community.”

Linwood College at Ōtākaro Tumuaki-principal Richard Edumundson says the attacks on the Al-Noor Mosque and Linwood Islamic Centre had a cumulative effect on a community already recovering from the 2011 quakes. “It would have had the shocking effect by itself but it layers on existing fragility.”

The attack had a deeper effect on those students and staff who were already sensitive post-earthquake, he said.

The increasing normalisation of police with guns was also polarising, Richard said. “Some feel safer, some less so.”

Despite the above, Richard has seen the triumph of the human spirit with individuals, family, staff and boards of trustees looking to do what they can do support each other and creating connectedness through whakawhanaungatanga.

It stops being a theory

I think a universal emotion for teachers is that desire to keep our students safe at school. We often talk generically about creating safe spaces; but when you’re in lockdown with a group of young people, who are all looking to you as an emotional guide, to know what their emotional response “needs to be” that stops being a theory and becomes very raw and real.

I remember feeling inwardly terrified; knowing there was a gunman [or perhaps several] who was in the vicinity of school and still on the run, but outwardly calmly checking the faces of the students in my care and offering them what I hoped was a calm smile, a thumbs up, and a reassurance that we were safe.

I remember thinking, by comparison to the earthquakes, it was strangely easier to fake the assured message that we were ok; after all, there were no alarming aftershocks at regular intervals to disprove the theory.

Having been through such an event, and the devastating earthquakes of 2011, many of the people of Canterbury have developed emergency strategies. They encourage fellow members around the country to develop their own.

A family meeting point, a designated person to pick up children and a plan for when phones are not available are all things to consider. Having an agreed plan can make a real difference to stress levels at the time.

Useful information to help develop a support strategy can be found on the Get Ready section of the Civil Defence website (civildefence.govt.nz). Search for ‘Get prepared for an emergency.’

The Ministry of Education’s updated emergency management plan can be found at education.govt.nz. Search for Preparing for emergencies, traumatic incidents, evacuations and lockdowns.

There is no room for ignorance and hate in our schools

Jack Boyle extends the association’s deepest sympathy to all the victims of the terrible events of March 15, their families and their communities.

“We extend our aroha and support to all our rangatahi, and whānau who will continue to be affected by this tragedy, to those in our Muslim community and those who live and work alongside them. We want to offer our support and aroha to those of all faiths and ethnicities who may still be feeling vulnerable. We want to let them know there is no room for ignorance and hate in our schools.

“To all the teachers who supported our rangatahi while schools in Christchurch were in lockdown, who once again put the needs of their students and communities first and were in the front line of responders to an unprecedented disaster – as they were in 2011 – our deepest gratitude and respect.”

In the wake of the events of March 15, 2019 PPTA re-established the hardship fund used after the Canterbury earthquakes in response to members asking if there was any way to practically assist those affected. That fund is still open and individual branches, regions and members can donate.

Immediately after the Christchurch attacks messages of support from members came pouring in. We gathered those together and published as many as we could. Those messages still ring true today. You can read them below.

Against hatred we send love