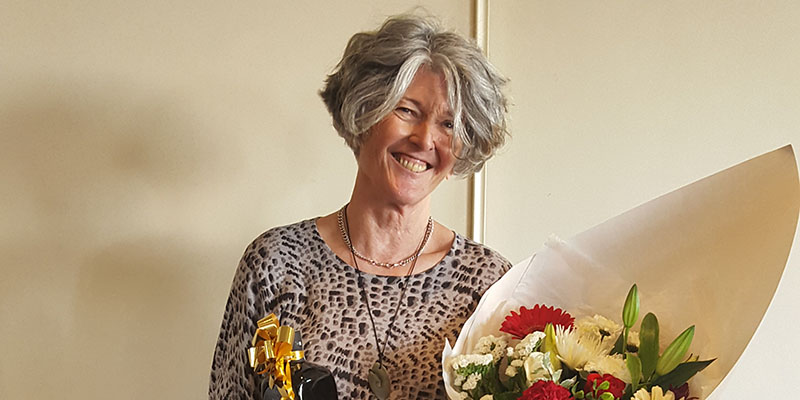 The true meaning of service

Hazel's service to PPTA Te Wehengarua stretched back earlier than any of those who had nominated her had been involved in the union, but the impact she had made on them was more than enough to encourage their nomination. She was presented with a long-service award in November last year.

A focus on curriculum

During her time on executive she also worked on student loans, teacher workload and middle leader task forces, career/specialist classroom teacher and community education working parties. She was a member of Secondary Principals Council and political strategy groups.  She volunteered her time for professional conferences, attending Charting the Future and subject association forums to name but two.

Hazel participated at all levels of the association, from annual conference through Issues and Organising to regional events held by the network groups. As their executive member Hazel worked tirelessly for members in the three Northland regions through negotiating campaigns, election cycles and threats to state education such as charter schools.

Early on (2002) Hazel attended a regional activism seminar, knowing the strength of a union is in its members. "She saw regional committee members come and go and provided stability and guidance for the regions with her extensive knowledge of all things PPTA. Key to this was Hazel's availability both in attending meetings and being reachable by phone," Northland Central regional chair Micky Nogher said.

Stepping up during turbulent times

When Hazel had her presidential run cut short by a principal who at best could be described as anti-union, it would have been easy for her to sit back and have a rest, Micky said. "Hazel's contribution towards Kamo High School's PPTA branch during often turbulent times should be recognised.

Hazel knows the true meaning of service and stepped right back in at regional level to fill a gap in the team." Following in the footsteps of former executive member, Sue Young, Hazel assumed that hard to fill position of regional treasurer. Her service does not stop there as she has put her name forward to be trained as a surplus staffing nominee, he said. 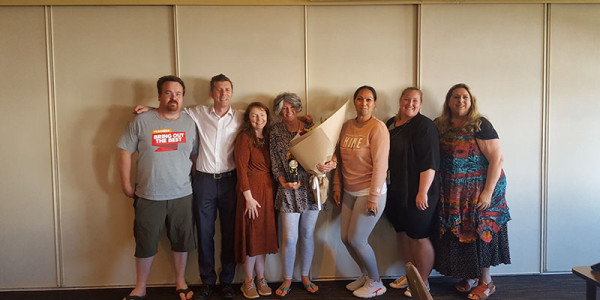