Home > News/Media > A voice for NETs on national executive 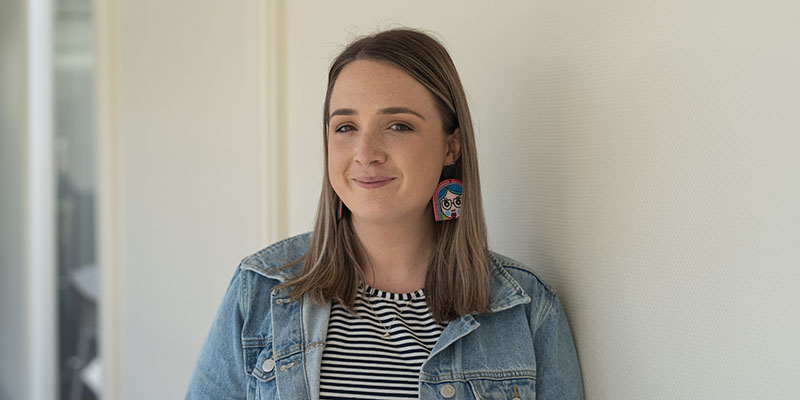 A voice for NETs on national executive

New PPTA Te Wehengarua executive member Emma Porter talks about representing her region at a national level while being an establishing teacher.

"We encourage our students to strive for what they want every day, so do the same for yourself," this is Waimate teacher Emma Porter's advice to her fellow establishing teachers after being elected to represent the Aoraki region on PPTA Te Wehengarua's executive.

The PPTA Te Wehengarua Network of Establishing Teachers (NET) supports members in their first 10 years of teaching. Emma was representing her region as a NET observer at an executive meeting when she decided to run for a position on it herself.

Important to have representatives from all levels of experience

"I was fortunate enough to be selected by my region to go along to an executive meeting as an observer. I really enjoyed the meeting and felt like I learned a lot from it. However I also had a thought while I was in there, that everyone in the room were experienced teachers, and that there was no one there on a similar professional journey to me," she said.

"When we have a large number of NETs leaving within their first five years, I believe it is important to have representatives of all levels of experience, to ensure all voices and issues are heard. When the chance came up to run for executive, I had a chat with a few people and made the decision to go for it!"

Emma has been teaching for five years. Born and bred in Whangarei, she now lives in Oamaru and teaches Year 7 homeroom and NCEA history at Waimate High School. She is the year 7 and 8 Curriculum Leader, the school's social media person and a Within School Teacher for their Kāhui Ako.

Emma attended her first Mahi Tika professional development programme for PPTA Te Wehengarua members in her second year of teaching. "Field officer Jo Martin opened me up to the wonderful world of PPTA. From there I became branch chair at Waimate High School. After attending a few regional meetings, I was nominated to be our regional NETs representative. I was lucky enough to go to annual conference that year, and that really inspired me to get more involved with PPTA," she said.

Fired up thanks to Aoraki support

The process of running for executive was "a wee bit nerve-wracking" but overall, quite straightforward, Emma said. "Our previous executive member was a fantastic representative for Aoraki and really inspired me to run for executive. I got in contact with him, and it was great to have someone like him to run against, who also supported me in doing so. After sending in the form and having the election, it was just a bit of an anxious wait."

It was an amazing feeling when PPTA Te Wehengarua general secretary Michael Stevenson called to tell her the results, she said. "It felt great to have the support of so many Aoraki members and it got me fired up for the position."

I already feel like I'm part of the executive family

It's taken a bit to get her head around how executive works, with all the different papers and committees, but Emma has found her fellow executive members extremely helpful and supportive. "I almost had that feeling beginning teachers get when they start – very excited to get stuck right into things, but also the feeling of 'oh my gosh, where do I start?' I had a few comments from people saying how great it was to have a NET on executive, which was awesome to hear."

"I have always said that any PPTA event/meeting/group is the best PLD a teacher can have. Not only does being on executive open you up to perspectives/issues that you haven't come across yourself, but it also helps you grow professional relationships. I have had some really great conversations with people and already feel like I'm part of the executive family."

As NETs we can often doubt ourselves

Emma recommends running for elected positions to her fellow NETs. "I feel as NETs we can often doubt ourselves or think that we aren't the most experienced person for the job. I definitely felt like that to start with, but if you are wanting to go further within the union, even your career, you've really got to believe in yourself and go for what you want. And hey, if you miss out, you can always go for it again next year!"

Her advice for those thinking about running for executive is to go for it. "Have a conversation with someone who is on executive about how it all works and why you want to run and work out if it is something you really want to do, because it is a commitment."

Regional NETs representatives are there for you

Her final word to her fellow NETs is to make sure they make themselves known to their regional NETs representatives. "They are there to represent you, voice feedback and concerns that NETs may be having to their regions, and they may even have a NETs event up their sleeve that you might like to go along to."