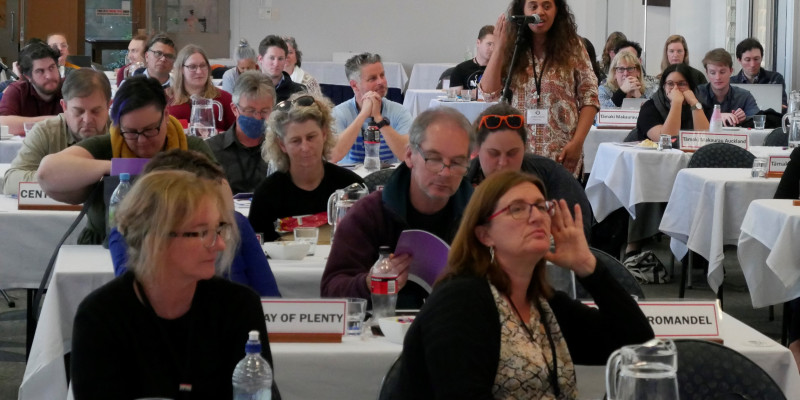 An end to streaming on secondary teachers' conference agenda

Adopting a policy on an end to streaming in schools is on the agenda of PPTA Te Wehengarua annual conference in Wellington this week.

“Research is increasingly finding that streaming in schools is educationally harmful particularly for Māori and Pasifika students, lowering expectations of them and denying them opportunities given to other rangatahi,” says Melanie Webber, President of PPTA Te Wehengarua.

The conference paper recommends that PPTA advocate for the removal of streaming by 2030.

Streaming is one of many signficant issues affecting students, teachers and and their communities that delegates will be considering at the conference, running from next Tuesday to Thursday October 4-6.

Other matters up for debate include calling for a pause on some parts of the National Certificate of Educational Achievement Review, a new way of staffing secondary schools based on student need – not numbers, a taskforce to review teacher training, and a union-wide campaign for action on the dire housing situation in Aotearoa New Zealand.

About 150 delegates representing 20,000 secondary teachers from around the motu will attend the conference.