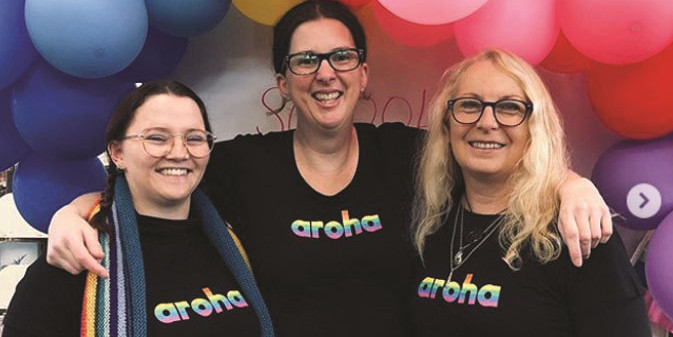 Held from August 24 to 28 Schools Pride Week was created by InsideOUT, a national organisation that works with youth, whanau, schools, and communities to make Aotearoa a safer place for all rainbow young people to live in.

"We decorated the library, had a display of rainbow themed books, encouraged students to post pics on Instagram and write in the InsideOUT writing competition," she said. The school also held a blackout poetry session, a pride quiz with facts from New Zealand's pride history and created a lunchtime safe space during the week.

"We put up pride flags in classes and offices around the school for the different identities with information sheets on each for those who didn't know," she said.

Being part of the rainbow community herself and knowing there were many rainbow students at the school inspired Nikki to get involved with the week. "We have supportive staff who know the student rainbow community quite well who wanted to show their support," she said.

"More conversations need to be had around affirming people's identities and helping them to explore who they are. Having visibility is really important so students have people they can look up to who are like them.

"I also think it is beneficial for students' mental health as often rainbow students experience more bullying and mental health issues around their identity," she said. 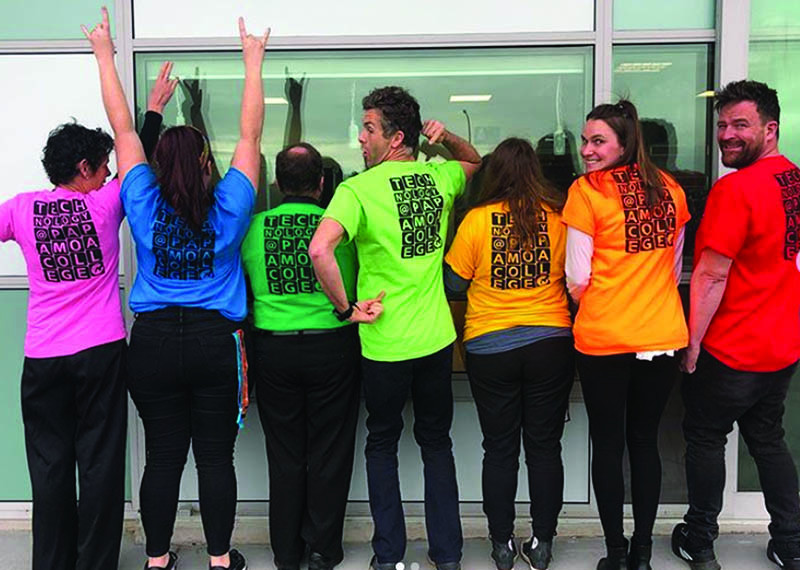 Our students felt safe and acknowledged

"The kids loved it! There were so many students coming into the library and pointing out which flag or identity corresponded to them and it started many more conversations. The staff were happy to get on board, and a core group of staff put the pride flags up in their room so students knew where the safe spaces and allies were."

Nikki recommends other schools get involved. "It was so fantastic to know our students felt safe and acknowledged in school. It didn't take much effort (a sneaky trip to Kmart for rainbow supplies) and it was great to have links with InsideOUT who gave us ideas and supplies and ran the writing competition."

Pride should be celebrated every day of the year

Nikki has a few tips for those schools wanting to give Schools Pride Week a go. "See if you have any rainbow students who want to take control as leader, so that the activities (and potential rainbow groups) can be student directed. Join up with a local association, or use the resources from InsideOUT, which make it very easy to do. There will always be people happy to help out if you just ask. It means a lot to the students, and rainbow staff members, to get involved," she said.

"Pride should be celebrated every day of the year, but it is so great to have such condensed visibility in one week that students can identify with."

To find out more about Schools Pride Week visit insideout.org.nz