Home > News/Media > Kicking off your career in COVID era 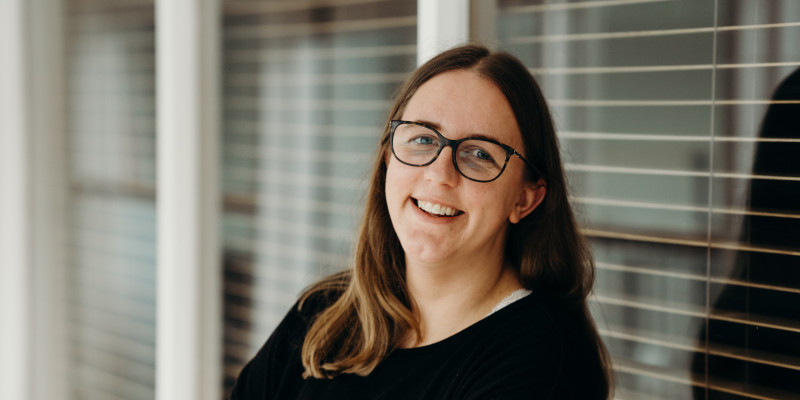 Kicking off your career in COVID era

Haley Corney is a second year Design and Visual Communication teacher at Pāpāmoa College in the Western Bay of Plenty region. Hayley is one of the “COVID generation” of beginning teachers, who had only one practicum, and then has spent her teaching career in and out of lockdowns and battling the Omicron wave.

At the Provisionally Certificated Teachers’ Conference, held in Wellington in July, Haley sat down with PPTA Te Wehengarua advisory officer Susan Haugh and talked to her about her experiences, and how she was finding the conference.

I applied for the job at Pāpāmoa College that I’m in now, it was the only job I applied for. I said to myself, I’m not going to apply for a job unless it’s exactly the role that I wanted. I didn’t want to live in Auckland, because I want to buy a house eventually. It [the Pāpāmoa College position] was the only job that came up that met my ideal criteria and I got it. I was super stoked.

Is it a permanent position?

Yep, that was part of my criteria. I wanted full-time, permanent, I wanted to make sure I was getting those two years under my belt as seamlessly as possible.

What kind of experiences have you had being a beginning teacher in the Covid times? Have you had to teach online?

Yep, and hybrid. So having to teach the kids who are in front of me, but also having all of those lessons online for those who are learning from home. That’s been a real challenge, and I know it’s happening to everyone all at once, so it’s not like there were any real experts in it, but it would have been nice to have a bit more PD around that throughout that time. Technology is a tool and we need to be taught how to use it in the best ways.

Why did you join the union?

They came and talked to us during my training. A couple of reps [field officers] came in and told us all about it, and I had been part of a union before when I was working at a supermarket. I just like the idea, particularly because it’s a really atypical job, a lot of things aren’t standard and there’s so much to navigate, it’s just nice knowing that there’s people there that have your back and have your best interests at heart, and know how the system works so that you don’t have to fully understand all the complex parts of it. I remember when I was thinking of becoming a teacher, and looking at the salary scales, and that led to looking at the collective agreement. Just having it all laid out like that, I thought this is obviously people who are putting a lot of effort into making this easy to understand. And I thought that was really cool.

Do you have other PCTs at Papamoa College?

Yes. Last year I was the only first year teacher. The other PCTs who were there all had been teaching for quite some time. They were part timers, or people who’d taken maternity leave. They all seemed more experienced than me, and it felt like I was the only PCT. But now this year the school employed quite a few first year teachers, so that’s been really nice having a bit more of a community, although we don’t meet often enough and it would be nicer to do a bit more of that. Because it’s just so good to have people who fully understand what you’re going through. There’s nothing quite like it.

How did you hear about the PCT conference? Did you go last year?

No, and I don’t know how I missed it last year … maybe I was overwhelmed last year? But I’m really really glad that I saw it this year, because it’s been amazing.

What has been a highlight for you?

Spending time with people who get it, it’s been really cool. All the presenters were amazing, and all of that information was really valuable, but even better than the speakers and workshops is just hanging out with people, getting to reconnect with some people who I studied with. Just hearing  everyone’s stories. The question session at the end [the Establishing Teachers Committee panel] that was really cool, really valuable.

I think teachers don’t have enough opportunities to talk to other teachers from other schools, just in terms of understanding different ways of doing things.

Which workshops did you go to?

I went to the resilience one, he’s such a good presenter. And then I did the “knowing your entitlements” session.

Did you learn anything new? Did you get removal costs when you moved?

Yes, I did that, it was good. I’m pretty engaged with all that stuff, so there really wasn’t too much that I didn’t already know. It was just nice hearing other people’s concerns and what they’re worried about, and that everyone’s worried about that.

What’s one takeaway that you’ll go home with from the conference?

When I feel like I have the capacity, that I want to get more involved in PPTA stuff. It’s just made me feel like it’s such a worthwhile thing … just hearing that if things annoy you, you need to do something about it, there’s no point in just complaining about it. Coming here has really inspired me to get more involved, because all the people who are involved in trying to make change and do the best for our learners, seeing them all doing that here and having a great time, and all the friendships you can see in the PPTA, it’s really cool.

Would you encourage other PCTs to come to PCT conference next year?