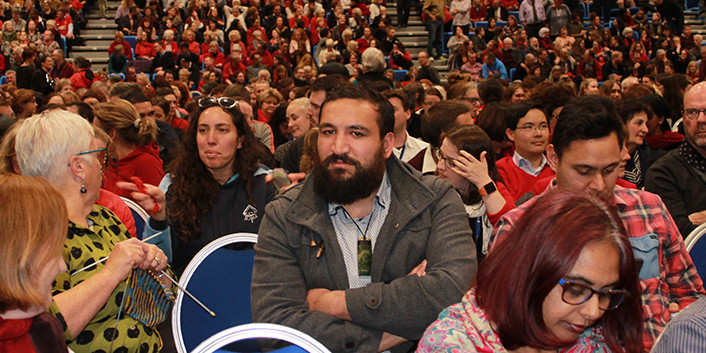 The secondary teachers’ union, PPTA Te Wehengarua, has created a new role of Māori vice president on its national executive.

The historic decision was made by delegates at PPTA’s annual general meeting (AGM) yesterday (5 October).  The AGM was held on Zoom and replaced PPTA’s annual conference due to COVID-19 restrictions.

It was vital for the Association to have a Māori vice president, particularly when talking to government, who could articulate, in both languages, issues that affect Māori secondary teachers and students, said Ms West.

Melanie Webber, PPTA Te Wehengarua President, said the decision to create the new role was truly historic. “It deepens and strengthens our Te Tiriti partnership and commitment; this new role is tino rangatiratanga (sovereignty) in action.”

Consultation will be carried out on the timing of the election process for the Māori vice president and when the new role will come into effect.