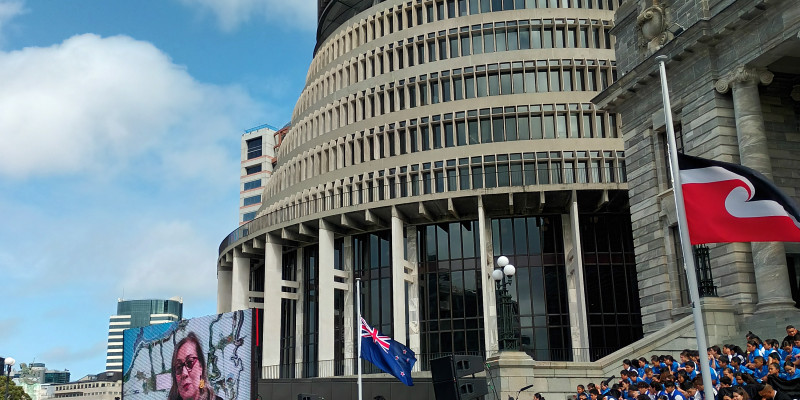 Sir James Henare’s words, “Kua tawhiti kē to haerenga mai, kia kore e haere tonu. He nui rawa o mahi, kia kore e mahi tonu.” ("You have come too far not to go further, you have done too much not to do more"), are a particularly apt description of the recent celebrations of the delivery of a petition to Parliament calling for te reo Māori to be taught in all schools.

On September 14,1972, rangatahi from Te Reo Māori Society, Ngā Tamatoa and the New Zealand Federation of Māori Students/Te Huinga Rangatahi o Aotearoa, who wanted te reo Māori to be taught in all schools, presented a petition to Parliament. The petition of 30,000 signatures from people across Aotearoa was signed predominately by pākehā.

Angela O’Donnell-King, PPTA Te Wehengarua Kaihautū Māori, remembers looking at some of the key role models involved with the petition, such as Hana Te Hemara, Syd Jackson, Tamē Iti, Rāwiri Paratene and Hone Harawira who even at the time were well-known activists committed to the revitalisation of the Māori language and culture.

“Movements such as Ngā Tamatoa were created in the era of the civil rights movement in the United States of America – this was our fight for language and cultural development here in Aotearoa New Zealand.”

A significant range of initiatives have been introduced progressively as a result of Te Petihana Reo Māori, including the 1981 Māori Language Act, Te Taura Whiri I Te Reo Māori (the Māori Language Commission) and Whakaata Māori (Māori Television). “The petihana was a catalyst that led to the establishment of all these initiatives.”

In 1977, when Kara Puketapu became head of the Department of Māori Affairs, he introduced the philosophy of Tū Tangata (Stand Tall). He supported organic, Māori-initiated, grassroots initiatives such as Te Kōhanga Reo, that focused on total immersion in Māori language and values for pre-school children.

It brought elders who were fluent speakers together with their mokopuna, the preschool generation, and the parents, following the Māori model of whānau development.

The first Kōhanga Reo opened at Pukeatua in Wainuiomata in April 1982.  Today there are 480 kōhanga reo throughout Aotearoa and about 70,000 tamariki have attended. 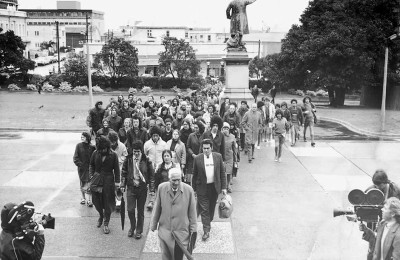 In mainstream schools, the mid-1980s saw the introduction of taha Māori, total immersion units and bilingual units. These continue to cater for the 80 percent of tamariki Māori who still attend mainstream schools.  “More investment is needed to build the Māori medium space including the remuneration of proficient te reo Māori speaking teachers,” says Angela.

“We still have so few teachers who are fluent and proficient in Te Reo Māori. Graduates are coming out of the wharekura but most are not entering teaching because the pay and conditions can’t compete with other careers.”

She acknowledged all the work that the Ministry of Education was putting in place to ensure te reo Māori is valued and prioritised in education. “However these initiatives and strategies cater to only a small proportion of the need that is out there.”

An initiative that Angela is particularly excited about is the establishment of a Te Reo Māori subject association for secondary teachers, particularly kaiako who feel isolated and unsupported in their role as a sole Māori teacher in school

The establishment is being developed by PPTA Te Wehengarua -  Te Huarahi Māori Motuhake, te Reo a Rohe, and Māori members -  in conjunction with Teacher Development Aotearoa and the Association of Language Teachers.

Angela says the Te Reo subject association will be curriculum-based and focused. “It will provide a centralised hub for those teachers who are delivering te reo Māori, to help reduce the isolation they feel in their mahi as Te Reo teachers, and give them resources to help them and networks to support them.”

A proposal for the subject association will be tabled at the PPTA Te Wehengarua Executive and Te Huarahi hui in November. 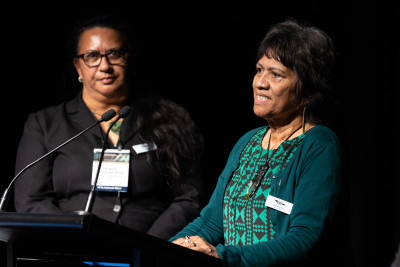 The exhibition, Tōku reo, tō ohooho, showcases the original petition alongside photographs of significant moments along the journey of te reo Māori development, an official language of Aotearoa. The exhibition runs until 3 December 2022.