Home > News/Media > Where do we stand on streaming? 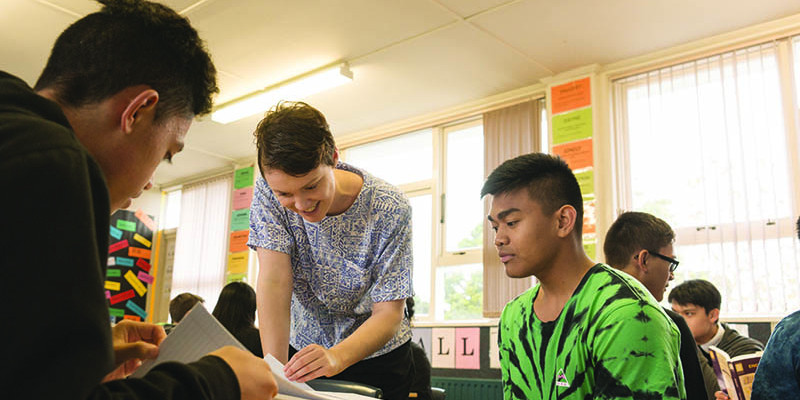 Where do we stand on streaming?

PPTA Te Wehengarua is developing a policy on streaming, which will be taken to this year’s Annual Conference, and members are strongly encouraged to have their say.

Streaming continues to be a common practice in Aotearoa New Zealand schools despite growing evidence that it is extremely damaging educationally, particularly for Māori and Pasifika students.

A report released last year, that included cases studies of four secondary schools that have chosen to remove streaming in their mathematics classes, found that academic achievement improved especially for Māori and Pasifika students with increased numbers of merit and excellence grades in NCEA. It also found that student self-belief, motivation and aspiration improved. The report and its research was carried out by Tokona Te Raki – Māori Futures Collective - a research and social innovation group set up by Ngāi Tahu with a focus on rangatahi.

The report was referred to the PPTA national executive by the Secondary Principals’ Council. PPTA Te Wehengarua does not currently have an official policy on streaming, but a policy is being developed and will be taken to Annual Conference this year.

At the recent PPTA Te Wehengarua Issues and Organising (I & O) seminar, one delegate who has recently moved from a school that didn’t stream to one that does, said she was shocked at the amount of deficit thinking about student ability. “We get students believing they don’t really have to try because they know they will be put in the ‘cabbage’ class; it creates weird thinking from students and staff.”

“There is a sense of ingrained hopelessness that comes with being in the ‘cabbage’ classes.”

Another delegate, whose school stopped streaming for Year 9 and 10 classes several years ago, said many teachers found teaching mixed abilities and having to deal with behavioural issues very challenging.

All four case study schools featured in the Tokona Te Raki report noted a positive shift in attendance, engagement and achievement when they de-streamed, especially among Māori and Pasifika students.

One I & O delegate commented that the high prevalence of streaming in New Zealand might be due to a lack of resources to enable personalised student learning.  Others said it was also a means of controlling teachers’ workloads.

Parental expectations were seen by some I & O delegates as a barrier to removing streaming. “People in positions of power at a school often have very traditional attitudes to streaming and there is still a public perception that streaming is the way to go,” said one delegate.

The Tokona Te Raki report found there was strong resistance encountered from groups of parents and teachers to de-streaming. However, the momentum for change was building. Parents must be engaged and talked through possible changes and teachers who may not have taught an unstreamed class need professional development to assist them.

PPTA Te Wehengarua members will have opportunity for input on the policy that is being developed on streaming, through pre-conference branch and regional meetings later this year.