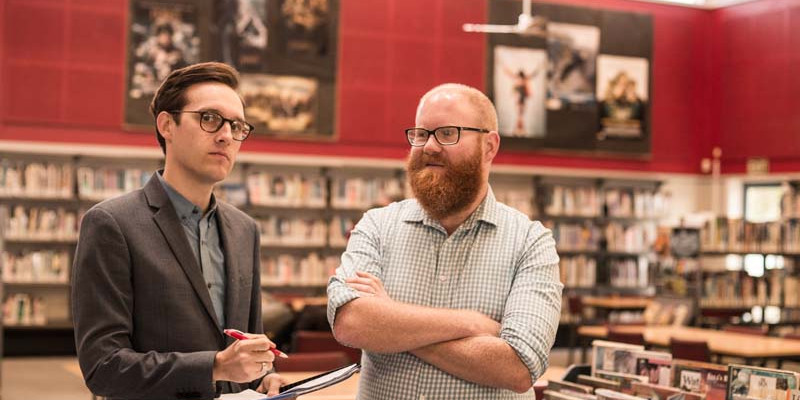 On appointment, a teacher must receive a letter of appointment outlining the details of the position, including the position start date, the hours of work (if part-time) and the curriculum areas to be taught. You also need to know if the position is fixed-term (temporary) or long-term relieving.
Subsequent promotions, or agreed changes of job description, should also be recorded in writing.

Get it in writing

A considerable number of the questions that PPTA field officers receive relate to appointments. The most common disputes relate to tenure, hours of work, length of appointment, and job description.

Field officers can assist members to get their appointments properly documented and recorded at the start of their tenure.

Get it in writing from the outset

Teachers should ask for job offers, job descriptions, hours of work, length of employment and tenure to be confirmed in writing.

On appointment, a teacher must receive a letter of appointment outlining the details of the position.

Such details include the position start date, the hours of work (if part-time) and the curriculum areas to be taught.

If the position is fixed-term or long-term relieving in nature, then section 66 of the Employment Relations Act 2000 applies.

Subsequent promotions, or agreed changes of job description, should also be recorded in writing.

Most positions must be advertised in the Education Gazette

STCA 3.2.2 Advertising and Appointment describes the vacant positions that must be advertised in the Education Gazette (ASTCA 2.2.2)

Fixed term teachers should have a letter of appointment setting out their terms of appointment. The letter must indicate a genuine reason based on reasonable grounds for specifying why the employment will end.

The reasons must be communicated in writing to the successful applicant. Genuine reasons in teaching include relieving for another teacher while they are away on maternity, refreshment or study leave.

The employee must understand and agree to the reason why the appointment should end at a particular time or at the end of an event or project. This agreement should be put in writing.

The change to the Employment Relations Act 2000 (ERA) that makes all appointments subject to a 90-day trial applies only if included in an agreement between the employer and the employee.

PPTA collective agreements do not have such a clause.

The only way the 90-day trial can apply to teachers and principals is if they agree with their employer that it should be an additional individual term on top of the collective. We recommend against this.

Our advice is that such a term could be in breach of the law, as the 90-day trial period may prove to be "inconsistent with the terms and conditions in the collective agreement".

Beginning teachers who are not yet members of PPTA may unwittingly sign up to a trial so it's important for branches to make sure new teachers are aware of their rights and offered the protection that PPTA membership will give.

Any teacher or principal pressured to agree to a 90-day trial when applying for a new position should contact their field officer.  PPTA would certainly want to challenge the legality of any dismissal that occurred under this provision.

The 90-day trial is likely to have devastating effects in the non-unionised, casualised sectors where many of our students work.

The Council of Trade Unions (CTU) has released a series of video interviews with workers dismissed unfairly as a result of the 90-day legislation.

Too much sauce in the aioli

View the CTU video interview in which a cafe/bar worker describes being fired for "using too much sauce in the aioli".

This term has no official status; its intent is to alert prospective applicants to the fact that there will be an internal applicant for the position.

‘Regraded’ means the school is formally registering a change,  there is no actual vacancy to fill but there is a change to someone’s position in the school for example:

• increasing the number of units for someone continuing in the role;

• reducing the number of units as a result of a CAPNA process;

• changes in the permanent hours for a part time teacher;

• making a position permanent which has been filled on an LTR basis;

• a transfer between roles in a school, such as an HoD becoming a classroom teacher again with an internal appointment to their role because there is no ‘unused’ staffing to make an additional appointment;

The nature of a regarded position usually means that people outside the school could not be appointed to the role.

PPTA encourage any position change to be recorded in the Gazette and, for the reasons above, to be marked as a regraded position.

See our section on fixed-term agreements

How can a field officer help?

Dispute over employment status 0.5 or 0.8 permanent part time (Case one)

The field officer tracked down the original advertisement in the Education Gazette and also obtained evidence from payroll which indicated that in the returns the school had made to payroll prior to Joanna's leave the school had coded her as 0.8 permanent part-time. The school therefore agreed to increase her hours.

With the assistance of the field officer, the current principal came to accept that the unit in question was a permanent one.

Principal advises fixed-term appointment will not be renewed (Case three)

Monica had been employed at her current school for five years. At the end of last year her principal advised her that her fixed-term appointment would not be renewed. She approached her field officer.

Monica's original letter of appointment could not be found. Neither could the original job advertisement. However the field officer was able to have Payroll confirm that for five years the school had been coding information supplied to Payroll regarding Monica as if she was permanently employed.

When this advice was drawn to the school's attention, the school agreed that Monica was permanently employed.

Robert held three management units. When he was originally employed his letter of appointment indicated that two were permanent and one was fixed-term. Two years later the principal wrote advising that the fixed-term unit was to be made permanent.

Several years, and a change of principal, later the school sought to remove Robert's third unit. Robert sought the advice of his field officer. Although the school had no copy of the earlier principal's letter making his third unit permanent, Robert had kept his copy.

When this was produced, Robert's unit was retained.